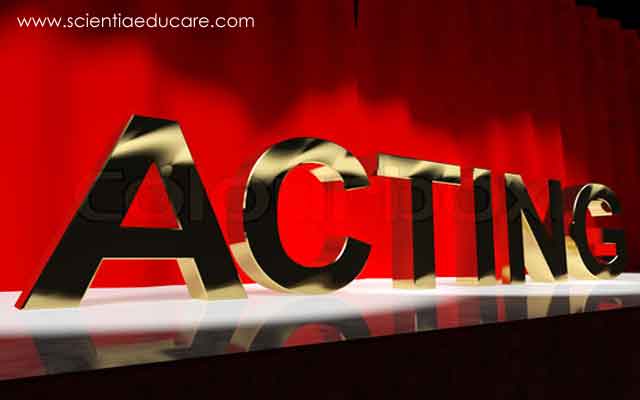 Acting is an movement in which a story is told by means of its enactment by an actor or actress who adopts a character—in theatre, television, film, radio, or any other medium that makes use of the mimetic type.

Acting includes a broad range of skills, including a well-developed imagination, emotional facility, physical expressivity, vocal projection, clarity of speech, and the ability to interpret drama. Acting also demands an ability to employ dialects, accents, improvisation, observation and emulation, mime, and stage combat. Many actors train at length in specialist programmes or colleges to develop these skills. The vast majority of professional actors have undergone extensive training. Actors and actresses will often have many instructors and teachers for a full range of training involving singing, scene-work, audition techniques, and acting for camera.