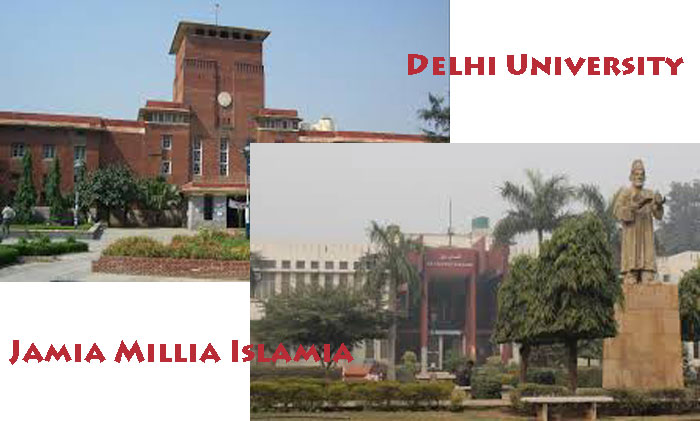 Delhi University (DU) and Jamia Millia Islamia (JMI) will be offering a joint degree programme from January next year. Vatsala Shrangi reports that A joint degree programme initiated by Delhi University and Jamia Millia Islamia (JMI) under the Meta university concept is going to start next year. The programme – MA in mathematics and mass communication – approved by the academic councils of both the universities is ready to be launched. The course is set to commence from January 3, 2013, with the jointly designed entrance test to be held on December 2 of the current academic session. SM Sajid, registrar, Jamia Millia Islamia says, “We have been discussing the modalities of the course with DU authorities.

The entrance test is scheduled for December 2, and the course is to commence from January.” According to DU officials, the details of the course including the timetables, etc, are being worked out, so that a formal announcement could be made for inviting applications for the entrance test. The classes will be jointly held on both campuses. While JMI will be taking care of the mass communication course, DU will be conducting classes for mathematics. The course is equivalent to M. Sc in mathematics education.

“committees from both the universities are meeting to finalise the details of the course. A series of dates including submission of applications, etc, have to be fixed for the programme to begin. The formal schedule will be announced very soon, “says Malashri Lal, dean, academic activities and projects, DU. She further says that it is an interesting course, with 20 seats to begin with. However, students who have already enrolled in a Master’s programme either at DU or Jamia are also eligible to apply. Also, students who have a background in mathematics or who have cleared two math papers of 100 marks or those who have had one subject as math in their graduation would be eligible for the course. The fee for the course will be approximately Rs 5,000.