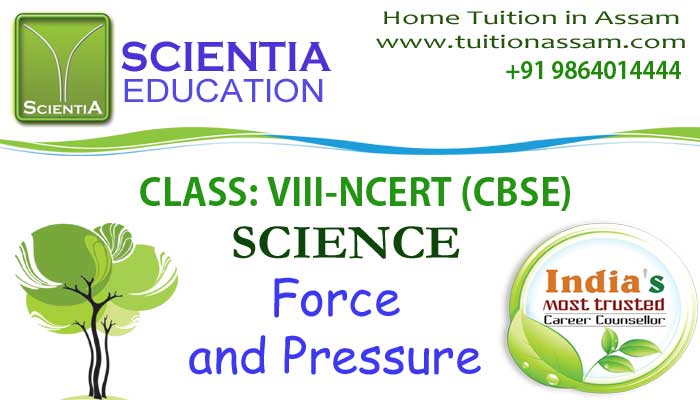 6) The point where force is applied on an object is called the point of contact.

The thrust acting per unit surface area is pressure. The force acting on an object perpendicular to its surface is thrust. Pressure is measured in newton/metre2, which is equal to 1 pascal (Pa). Liquids and gases exert pressure on the walls of the vessel in which they are carried. Air exerts pressure on all objects. The pressure exerted by air is called atmospheric pressure. A rubber sucker sticks to the surface of an object as atmospheric pressure acts on it. In order to fix nails to walls, sharp nails are used, as the area of contact of the nail with the wall is small and more pressure acts on it for a given force.

A suction pump sucks out all the air from a closed container, creating a vacuum in it.