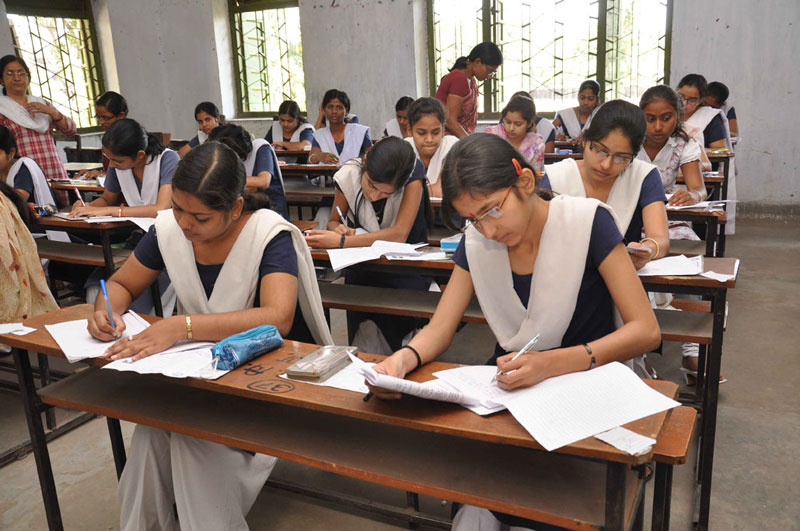 Class X exam system conducted by CBSE has been undergoing changes from past few years. The National Democratic Alliance (NDA) government is mulling over the idea of bringing change in the exam system with ‘qualitative education full of sanskars’.

Minister of State in the HRD Ministry Ram Shankar Katheria on Wednesday said the government has also decided to open a model degree college in every block. “A committee has been formed to go through the existing and the earlier system. I received several complaints from the parents and the teachers regarding the existing system. Efforts would be made to provide qualitative education full of sanskars,” Katheria said while talking to reporters in Nagla Chandra Bhan. Katheria also said that a model degree college would be opened in every block.

“Land for the colleges would be provided by the state government while the funding would be done by the Union government,” he said. The committee is going through in detail about the programmes to be celebrated during Deen Dayal Upadhyay centenary celebration.

He said that he was of the opinion that Pradhan Mantri Skill Development Scheme should be introduced in Nagla Chandra Bhan for the betterment of the neighbouring villages.

On the results of Delhi, he admitted that party had never expected such a result. “We have accepted our defeat, however, it was not defeat of Modi,” he said to a question.
On the reforms in Ambedkar University he said that on his instructions the results of last exam have been declared.
“There would be no compromise with admission, exams, result and administration of the university, the Vice Chancellor has been told clearly, he concluded.
PTI