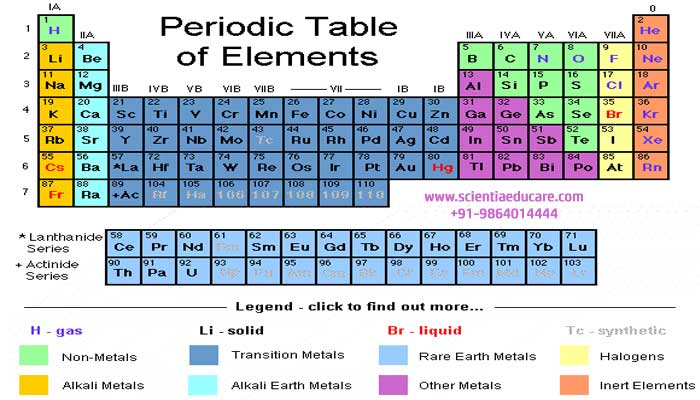 • The earliest classification was into metals and non-metals, which was on the basis of physical and chemical properties. 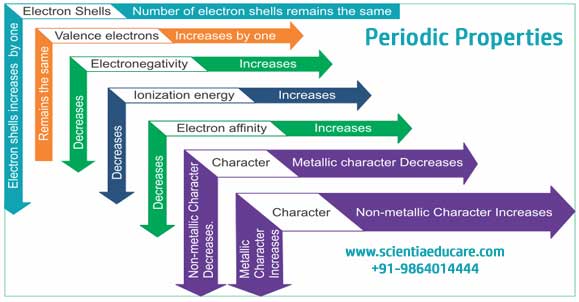 • Dobereiner’s Triads arranged elements in an increasing order of atomic mass, in groups of three. The atomic mass of the middle element was the arithmetic mean of the other two elements of the triad. 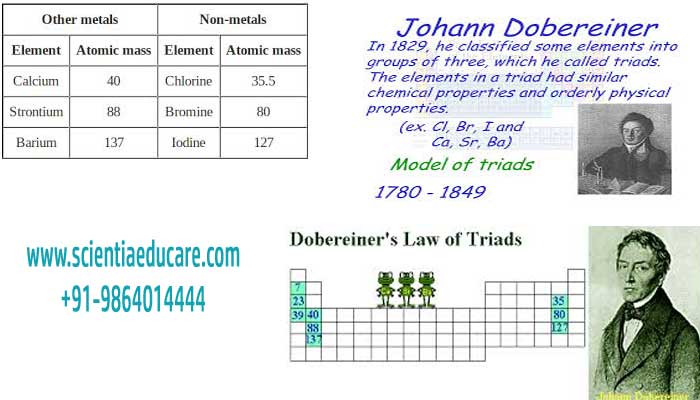 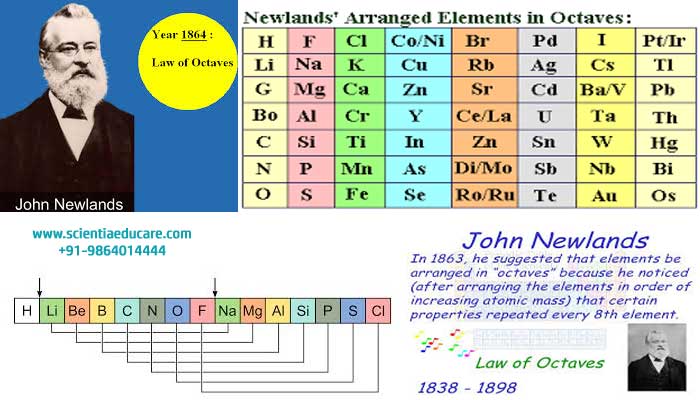 • The law could only be applied upto calcium. No vacant spaces were left for undiscovered elements.

• According to Mendeleev’s periodic law, the physical and chemical properties of elements are periodic functions of their atomic mass.

• Mendeleev was able to predict the existence of undiscovered elements like Ga, Sc and Ge.

• Mendeleev corrected the atomic masses of a few elements on the basis of their positions in the periodic table.

• Mendeleev’s table could not assign a proper position to hydrogen or to the lanthanides and actinides and isotopes. 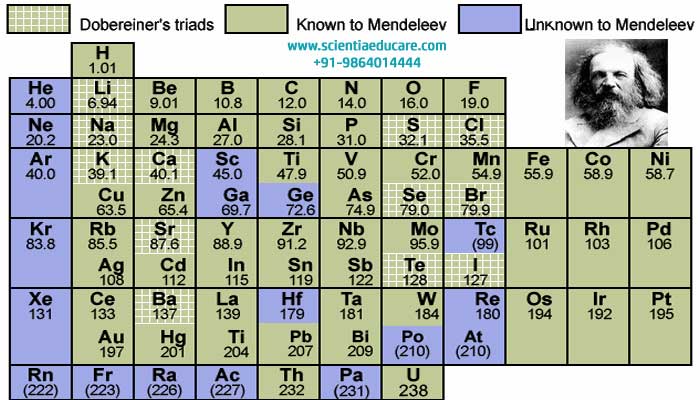 • Modern periodic law states that the properties of elements are periodic functions of their atomic numbers. It is based on electronic configuration of the elements. 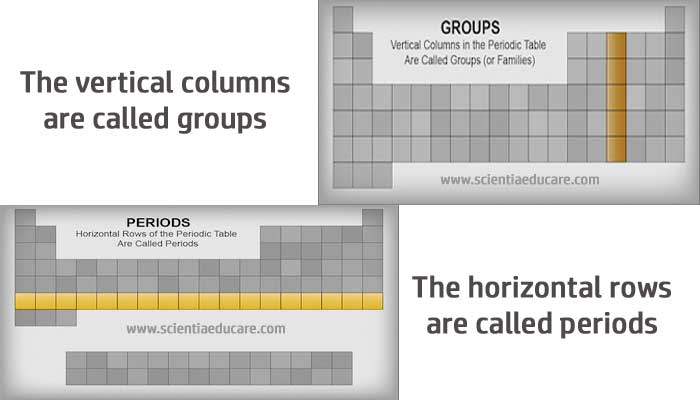 • There are 7 periods and 8 groups subdivided into 18 sub groups.

• Group number is number of electrons in the valence shell. Elements having the same valence number are grouped together.

• The number of shells present in the atom gives period number.

• The noble gases are on the extreme right of the table and on the table’s extreme left, are the alkali metals. 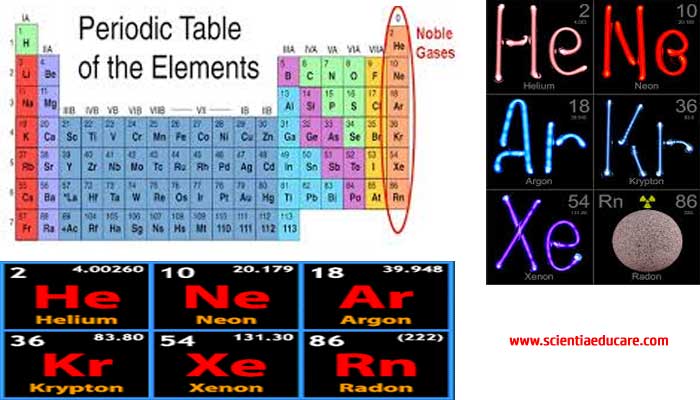 • The inner transition or f-Block elements – lanthanides and actinides, are placed in two separate horizontal series at the bottom of the periodic table. 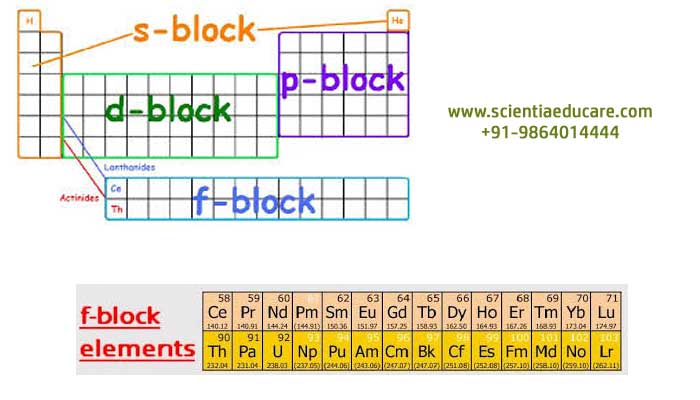 • Ionization potential (I.P) is the energy required to remove the outermost electron from an isolated gaseous atom of an element.

• Electron affinity (E.A) is the energy released when an electron is added to an isolated gaseous atom of an element. It increases along the period and decreases down the group. 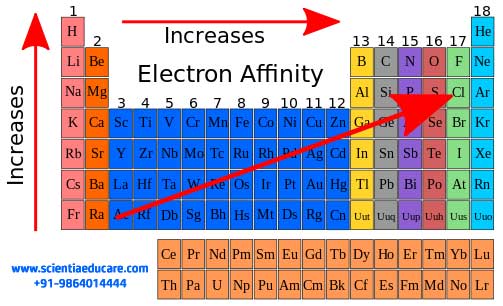 • Electronegativity is the tendency of an atom to attract electrons towards itself in a molecule of a compound. It increases from left to right in each period. 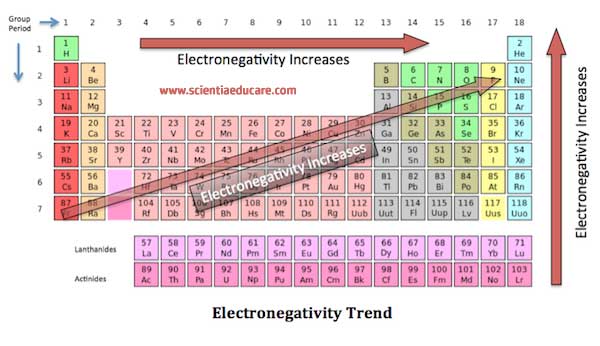 • Metallic character decreases along a period and increases down a group.

• Valency of an element with respect to hydrogen increases from 1 to 4 and then falls from 4 to 1 across a period.

• Valency of an element with respect to oxygen increases from 1 to 7 along a period.