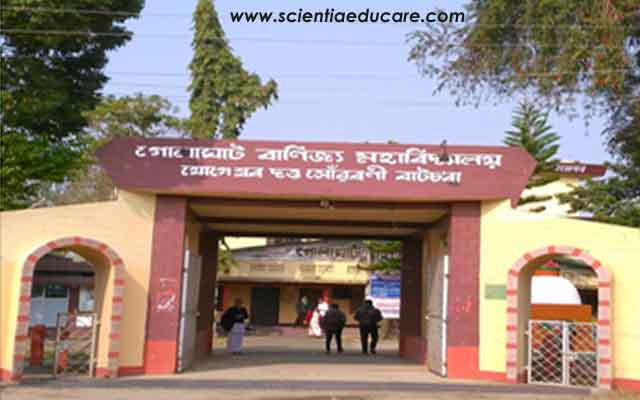 The Golaghat Commerce College, a premier institution of commerce education in the district of Golaghat, came into existence in 1972. The college, with its picturesque location, is situated in the outskirts of the sleepy little town of Golaghat. It was in fact the brainchild of its founder Principal, Late Punaram Neog. He along with some other visionary social workers belonging to different spheres of the society, felt the emerging pressure of acute unemployment in the state which was gradually leading to the wastage of valuable human resources on one hand and economic instability and social unrest in the society on the other. They had the foresight to realize that unless some entrepreneurs, who can not only ensure self employment for themselves, but can also employ some others in the enterprises,are produced, the problem of unemployment and resulting decay of rural economy might give birth to subversive ideas in the minds of the youth, which in turn can lead to social disintegration. Thus, basically with a view to boosting the rural economy of the district by producing a group of entrepreneurs and employable commerce graduates for a few government as well as private jobs available at that time, the college was initially established only with the donations of the public and was rightly christened as Golaghat Commerce College to send the message that it was a people’s college- the college of the people of Golaghat.