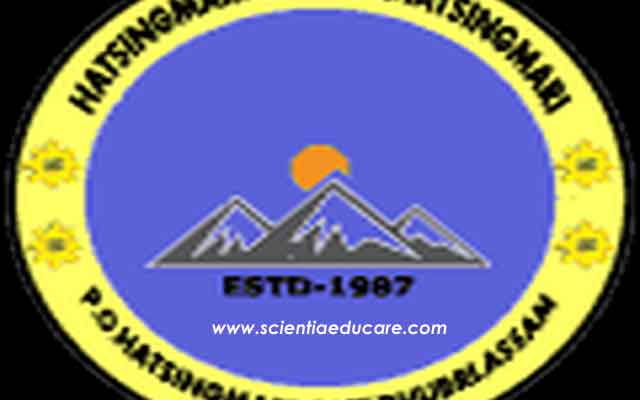 The Hatsingmari College which affiliated to Guwahati University was established in the year 1987 at the heard of the Sub-Divisional head Quarter of South Salmara Mankachar Civil Sub-Divisional in a Single plot of Land Measuring 42 Bighas. It is a symbol of Dream of the pupil of the Locality under the Patronage of Some of the Prominent intellectual personalities. It was a Herculean effort to established the college to impart higher education to the Economically Backward divergent classes of people particularly the women section of the secretary of the Indo-Bangladesh International border as well as the Interstate Assam-Meghalaya border area which is detached from the district Head Quarter Dhubri by the Mighty River The Brahamaputra.
Initially the college was started with the Arts Stream only. But in Course of time to keep place with the local demand TDC Science course was introduced in 1999. Though College is not brought under Provincialised system yet it has fullfilled all norms of the same.
The teacher of the College Are Rendering sincere effort for ufliftment of Quality education in the College and as such Excellent Academic Achievement epecially in Science Stream (Cent Percent Result) is become the proud of the college. Semester Courses has been introduced from 2011-2012 compulsory by the Guwahati University.