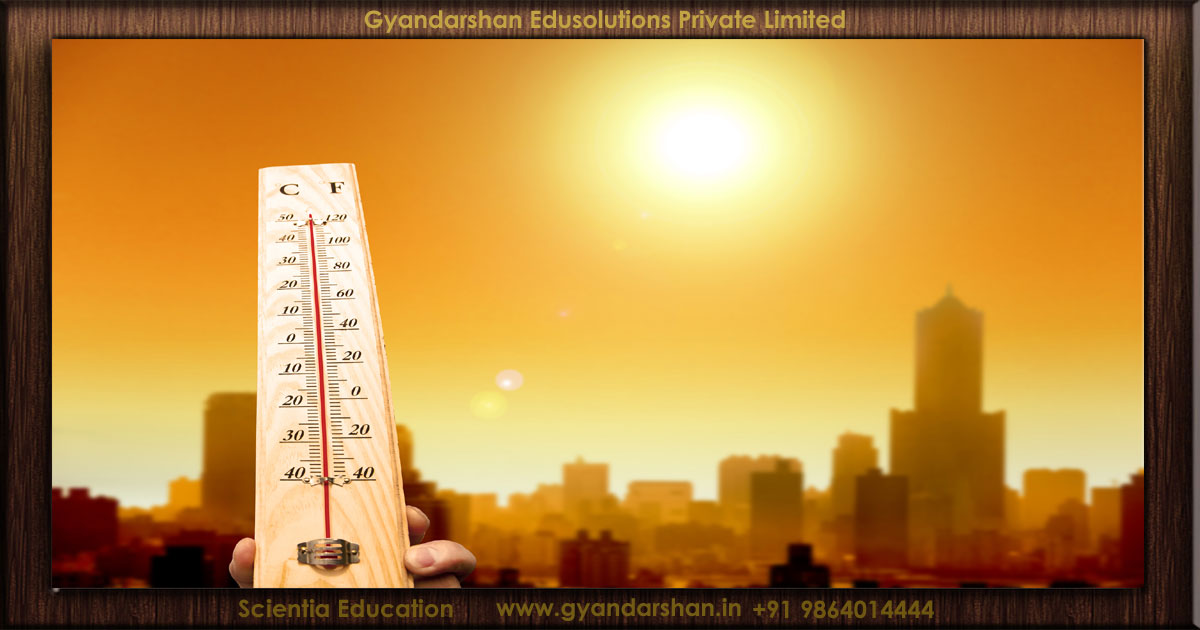 Although, according to Met Office meteorologist John Hammond, there’s no official definition of a heatwave, these hot-weather phenomena take their toll not only on a population’s health, but also business and infrastructure – such as power, water and transport.

A heatwave is a period of unusually hot or humid weather that lasts at least two or three days – and remaining hot throughout the nights – that affects large areas. Heatwaves are caused by a system of higher atmospheric pressure, whereby air from upper levels of the atmosphere descends and rotates out. As it descends, it compresses, increasing the temperature. The outward flow, meanwhile, makes it difficult for other systems to enter the area, and the large size and slow speed of the hot air causes the heatwave to remain for days or even weeks. The lack of clouds means that an affected area is struck with strong sunlight.

Hammond reveals that the hottest temperatures in the UK are likely to be over parts of central and southern England, away from immediate coastal areas, which are cooled by sea breezes.

“Temperatures have exceeded 30 degrees Celsius in the UK,” he explains, “[but around] Europe and the world, weather conditions can bring temperatures exceeding 40 degrees Celsius. This has happened in Mediterranean regions, the Middle East and Australia among other areas.”

Heatwaves are relative to an area’s climate – temperatures that would constitute a heatwave in one area might not in another location – and the health effects on the individual are also relative to a range of risk factors. People adapt and become accustomed to their long-term temperature patterns, making a heatwave a relative experience.

The Met Office Heat Health Watch is a warning system that issues alerts – levels 1-4 – if a heatwave is imminent. “[We] can identify weather patterns that might bring hot temperatures to the UK several days in advance,” explains Hammond. “When high temperatures are expected, detailed advice will go to the relevant health organisations, so they can inform people affected by the heat. Met Office forecasts on TV, radio, newspapers and online will also provide temperature forecasts for the public.”

State: Mildly comfortable – Moderate sweating keeps body cool when it evaporates from our skin, but concentration is reduced.

Heat health advice from Patrick Sachon, Health Service Development Manager for the Met Office
HIW: At what temperature does the body begin to notice negative effects from heat?

PS: The effects of heat on people’s health in the UK starts at relatively modest temperatures. Epidemiological studies have shown that maximum air temperatures of only 23- 24 ̊C are associated with excess summer mortality. Physiologically, when the ambient temperature is higher than the skin temperature, the body has to regulate its temperature by losing heat through sweating. At this stage if any other factor reduces the body’s effectiveness of sweating – such as dehydration, close fitting clothing or taking certain medications – it can cause the body to overheat. Acclimatisation and adaptation play an important part in how well people can tolerate different levels of heat. This is why people in somewhere like Madrid are more accustomed to higher temperatures than people in London.

HIW: What is the highest temperature a human body can tolerate?

PS: There are actually no studies that we are aware of that have identified a maximum temperature. As I say, acclimatisation and adaption have an important part to play in how well people can tolerate different levels of heat. In England, relatively modest maximum temperatures are associated with excess mortality.

HIW: Why does heat make us dehydrated?

PS: In roder to lose heat we need to sweat, this leads to fluid loss. If we do not replace this fluid we can become dehydrated. One of the most important things to do in hot weather is to drink sufficient fluids such as water or fruit juices.

HIW: How do people living in much hotter countries than the UK cope with/grow accustomed to excessive heat in the long term?

PS: Their bodies are more acclimatised to the heat and their way of living – the clothes they wear, the houses they live in and the way they live their lives – are more adapted to hot weather.

Unlike hypothermia (core temperature drop), hyperthermia is a condition caused by heat stroke whereby you absorb more heat than can dissipate.

John Hammond informed us that the highest recorded temperature in the world was a whopping 58 ̊C in Libya back on 13 September 1922. Scorchio!

The Met Office records show that in terms of average annual sunshine, the sunniest place on the planet is Yuma, Arizona, which enjoys 4,300 hours each year.

Roads melted in England in July 2006 when temperatures reached 37 ̊C (official heatwave conditions as the average max temp for that week is usually 21-23 ̊C).