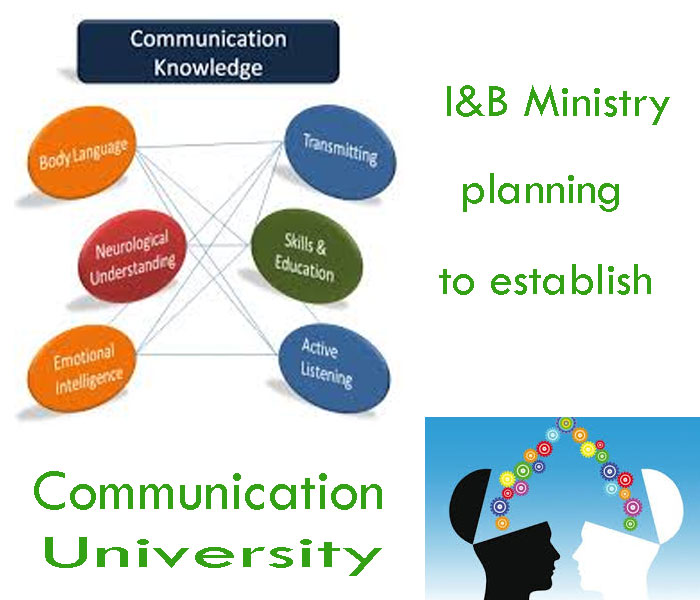 The Information and Broadcasting ministry is planning to establish the country’s first Communication University within three years and a consultation process in this regard will be initiated shortly.

As part of the consultation process, the first seminar will be held in the first week of next month. The Information and Broadcasting Ministry is learnt to have given itself an internal target of around three years to establish the university, the idea for which is said to have come from Prime Minister Narendra Modi himself.

The ministry is planning to invite a wide cross section of stakeholders including reputed academicians, senior media professionals, top level officials among others to ensure that a rich debate takes place.

Reportedly, It is intended that a widest possible range of subjects, from emerging issues to the implications of latest technologies are discussed in the seminar. Suggestions will be sought from stakeholders so that a concrete roadmap can be drawn.

A senior official said that while there are examples like such Universities in other countries, the model for the proposed university will be drawn only after studying the requirements in the Indian context, reported Indian Express.