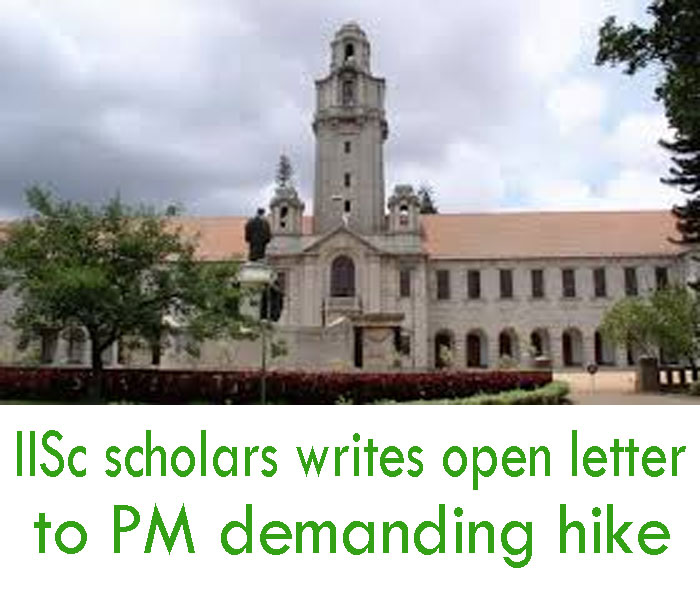 The students of the Indian Institute of Science (IISc) have sent an open letter to the Prime Minister Narendra Modi after his speech at the Indian Science Congress, where he urged “scientists and researchers to explore the mysteries of science, not of government procedures.”

With the promise of a 55 per cent hike – given in October 2014 – yet to convert into money in hand, students say there is little option but to take to the streets. “We are awaiting the end of the Delhi elections. Scholars from every institute will then take it up,” said Pankaj Jain, secretary of IISc students’ council.

While IISc has not received any formal communication on the hike, IISc. Director Anurag Kumar said, “We have talked to the MHRD and they said the notification is on the way. A few financial processes remain.”

The frustration seems to have hit critical mass. More than a year since they started petitions and campaigns, research students in the Indian Institute of Science (IISc.) still await hikes in stipend, scholarships, and fellowships.

Their demands include implementation of hike from April 2014, uniform implementation across all Ministries, and annual increments that are inflation-linked. The issue was first raised in 2013 and since then students, little by little, have mounted pressure for a scholarship hike.

In October 2014, the hike was granted by the Department of Science and Technology. However, the proposal was not formally granted by the Ministry of Human Resource Development (MHRD) or the 12 other government departments that offer a plethora of fellowships, Hindu reported.