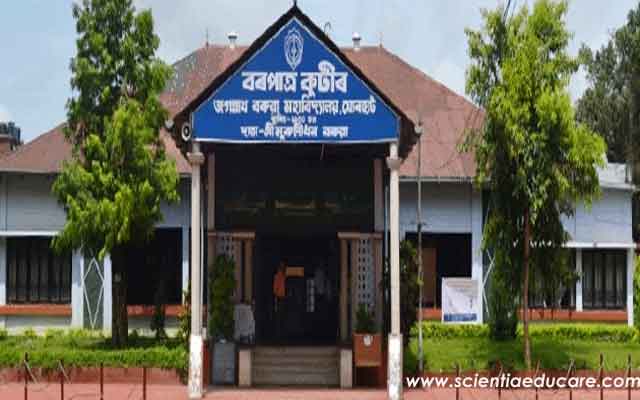 It was named Upper Assam College at first and later Jorhat College on 4 September 1930. On 25 June 1938, during a meeting under the then president, Chandradhar Barooah, it was renamed to the present Jagannath Barooah College in recognition of the commodious building ‘Borpatra Kutir’ along with the previous land owner, Murulidhar Barooah. Murulidhar Barooah had inherited this property from his grandfather Jagannath Barooah, who was the first graduate of Upper Assam in 1872 from Presidency College, Calcutta.

The College is affiliated to Dibrugarh University and recognized by University Grants Commission.