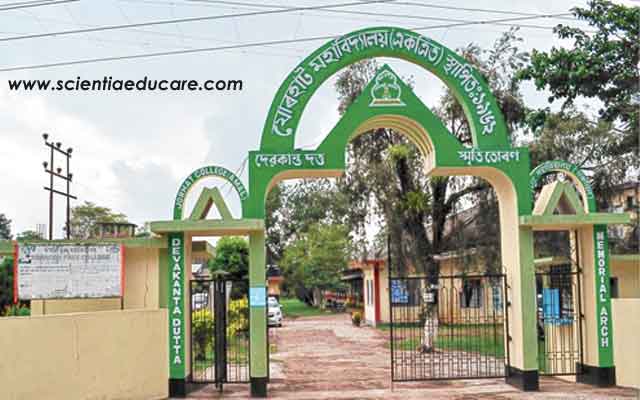 Jorhat (“jor” means join and “hat” means market) means two hats or mandis- “Macharhat” and “Chowkihat” which existed on the two different banks of the river Bhogdoi. During the 18th century, Jorhat was the last capital of the Ahom Kingdom, as a planned town under royal patronage. It is often spelt as “Jorehaut” during the British reign. In the year 1794, the Ahom King Gaurinath Singha shifted the capital from Sibsagar, erstwhile Rangpur to Jorhat. Many tanks were built around the capital city by the Ahom royalty such as Rajmao Pukhuri or Borpukhuri, Buragohain Pukhuri, Bolia Gohain Pukhuri, Kotoki Pukhuri and Mitha Pukhuri. This town was a flourishing and commercial metropolis but completely destroyed by a series of Burmese invasions of Assam between 1817 and the arrival of the British force in the year 1824 under the stewardship of David Scott and Captain Richard.

The British Rule, though not free from rebellions and revolutions, contributed to the reemergence of this historical town. From the very first decade of the British rule, revolutionaries like Gomdhar Konwar, Jeuram Medhi, and Piyali Phukan emerged. The British system of administration came into vogue in the year 1839 with an established Police Thana. During the great Sepoy Mutiny, Maniram Dewan and Piyali Barua were hanged in public at this very place in 1858.