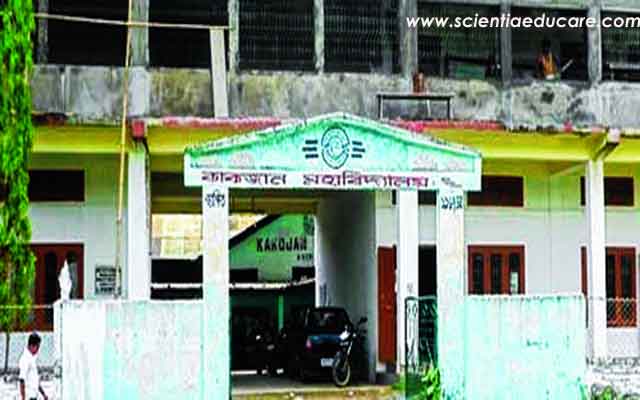 Kakojan is a rural area 16 K M away in the eat of Jorhat town and 40 KM from the west of Sibsagar Town Assam.The very name ‘Kakojan’ comes from the name of a small tributary called ‘Kakojan’ which originates from Naga Hills in the South and mingles at the mighty river Brahmaputra in the north.During the administration of the Ahom Kings the are was famous for the production of the choicest rice for the royal family.That is why the Ahom King entitled the Mouza(in which Kakojan is located) as Chawkhat which comes from the word ‘Chaul Khat’ means famous for the production of the choicest rice(Chaul in Assamese language).From the religious point of view the area has been bearing a great significance since 16th century.Mahapurush (Saint)Madhavdeva ,the successor of Mahapurush Sri Srimanta Sankadeva the leader of Vaishnavite movement in Assam ,established the famous ‘Dehekiakhowa Bor Namghar’ in the north west of the area.The Ahom Kings constructed the ‘Cheuni Ali’ crossing this area which was converted to NH-37, the main route of Assam.The famous ‘Lahdoi Gar’ (Rampart) made by the Ahom Kings bears the sign of protection of the old Ahom capital ‘Rongpur’ situated in the Modern Sibsagar town in the east. The maidam(Grave) of the great national Assamese hero ‘Bir Lachit Borphukon’ and historical, ‘sensuwa pukhuri'(tank) also exist in the area.