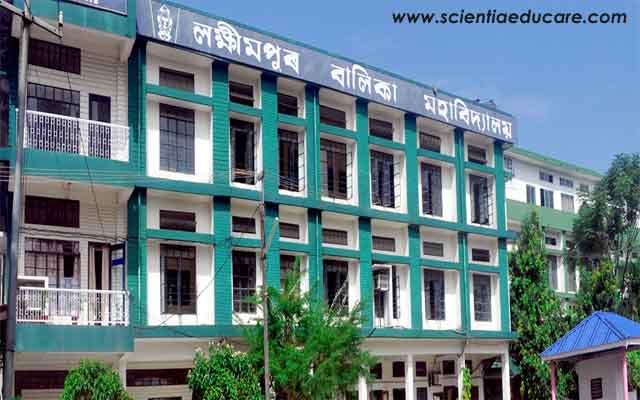 Lakhimpur Girls’ College, established with Pre-University classes on 16th August, 1972, was the lone and foremost seat of higher education for women on the entire north bank of the mighty Brahmaputra. The higher education loving public of North Lakhimpur Town of Assam under the able leadership of the teachers of the North Lakhimpur Govt. Girls’ High School met in a public meeting on 9th July 1972 to discuss the establishment of a women’s college. The meeting was presided over by Mr. Mahananda Bora, an eminent social worker of North Lakhimpur. An executive committee with Mr. Nityendranath Mukherjee, IAS, the then Deputy Commissioner of Lakhimpur District, as the President, and Ms. Punya Hazarika, the Headmistress, N.L.Govt. Girls’ High School as Secretary, was constituted. The college inaugurated on 16th August 1972, was named as North Lakhimpur Girls’ College. Its first Principal was Ms. Punya Hazarika and first Vice-Principal, Mrs. Hellena Begum. The classes of the college were held in the premises of North Lakhimpur Govt. Girls’ High School in the morning hours from 7 A.M to 9.30 A.M.. Ms. Punya Hazarika resigned from the post of Principal on 22nd September 1974. From 23rd September 1974 to 30th June 1992, Mr. Mohan Chandra Roy was the Principal of the College. During his tenure the College from her infancy marched forward to her youth. Amidst innumerable hindrances, financial difficulties, the institution progressed to impressive growth. In 1974, when Mr. Mohan Chandra Roy joined as the Principal, there were only three students in the Pre-degree classes. But as the time of his retirement in 1992, there were over 1400 students in the Pre-degree and degree classes.

The inspection for Pre-degree affiliation was made on 28.01.75 by the Inspector of Colleges, Dibrugarh University, Mr. Dambarudhar Gogoi. The affiliation for the pre-degree classes was granted on 14th May 1975 by the University. On 17th May 1975 the College was rechristened as Lakhimpur Girls’ College to represent higher education for women for the whole of the district. On 11th August 1975, the College got her own building by buying the old building of North Lakhimpur College and getting the old building of the Settlement Department of the Govt. of Assam. The first Govt. grant of Rs. 5000/- was received by the college on 15th June 1975.