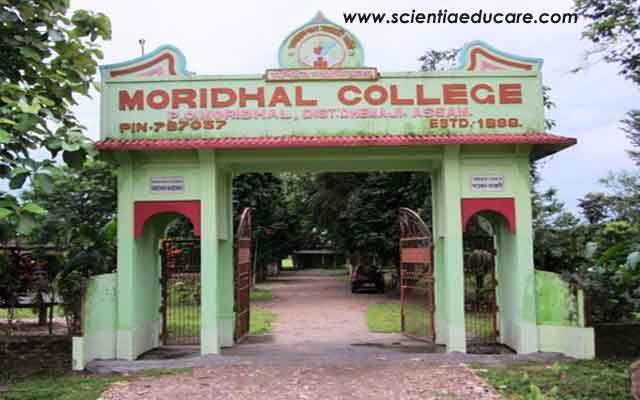 Moridhal College, a premier higher education institution is situated in Moridhal, a vast rural area lying on the border between the state of Assam and Arunachal Pradesh and is dwelt in by people of diverse caste, communities, tribes and ethnic groups who have their own distinct cultural traditions, religions and languages. Moridhal College is a co-education institution initially started with Arts Stream only and subsequently, Science Stream was too introduced to cater the needs of Science education of the area.

In consideration to the backwardness of the area in the Socio-economic and educational sphere and a considerable number of students being deprived of higher education for financial constraints, the local public, the parents and the few educationists of the area conceived of the idea of setting up this institution at Moridhal. At their great endeavour and tireless efforts under the leadership of Dr. Kamal Gogoi, the founder principal along with profound support of the teachers who volunteered to work under the ordeal circumstances, Moridhal College with Arts Stream at under graduate level was established in the year 1988.