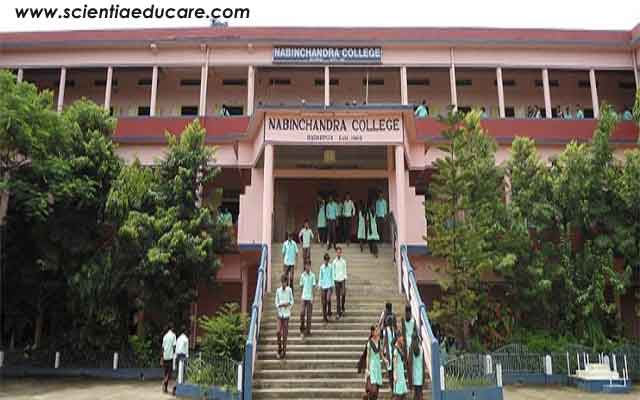 The beautiful and well-built Nabinchandra College that stands impressively in the heart of Badarpur town had its beginning in the late 1960s. The people of those years faced many a problem in sending their children for higher education to Karimganj or Silchar as there was no college between these two towns lying fifty-five kilometres apart. Distance, money, wastage of time and poor communication facilities were the chief hurdles which made them think about an alternative arrangement. The result was the unanimous decision of setting up a college at Badarpur. This noble idea soon acquired flesh and bones through the selfless and untiring efforts of the people of all walks of life in the form of a college in 1969. The sweat and blood of the then staff, students and the general public helped in laying a strong foundation and in nurturing the new born educational institution.

As the college had no campus of its own, the classes of Arts faculty were run in a rented building in a plot very close to the present site.The college was christened “Nabinchandra College” in 1971 after the late father of Basanta Kumar Das, a major donor. It was shifted to the present site in 1974 and was brought under the deficit system of grants-in-aid rules of the Assam government the following year. Since then it never looked back, but always marched ahead, crossing many a hurdle on the road to progress, achieving side by side the physical development of the college building , the campus, and the academic growth of the educational institution.

The College introduced Commerce at H.S. level in 1981 and at degree level in 1984, which continued till 1989. After a gap of Six years, the College re-introduced these programmes in full fledged manner. At present department of Commerce is a vivrant department with two honours courses viz 1. Accounting and Finance and 2. Business Management.