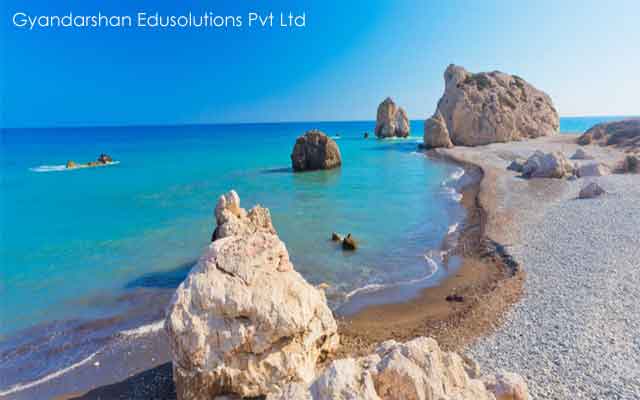 Paphos is a city on the southwest coast of the Mediterranean island of Cyprus. Inhabited since Neolithic times, it has several sites relating to the cult of goddess Aphrodite, whose mythical birthplace was at Old Paphos (Kouklia). New Paphos is the modern city that incorporates the harbor, and the ancient ruins of tombs, fortresses, theaters and villas at Paphos Archaeological Park.