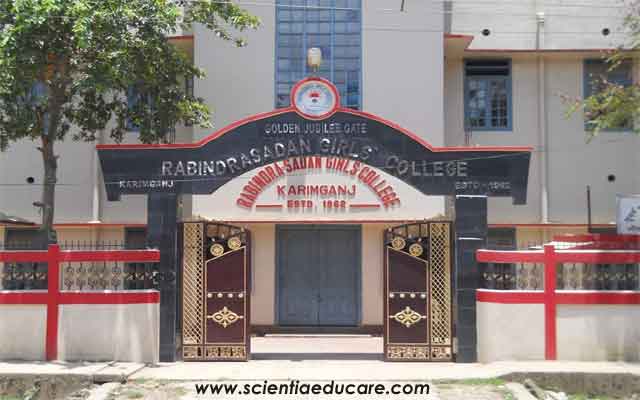 The Centenary of Poet Rabindranath Tagore was celebrated at Karimganj in a befitting manner from the 8th May to the 15th may, 1961 under the auspices of the Tagore Centenary Celebration Committee, Karimganj, of which Shri P.C. Deb, the then Sub-divisional officer,Karimganj was the president and Professor Sukhamay Basu was the secretary. Though there was no lack of pomp and splendor, the finance of the celebration was managed so efficiently that there was a surplus of Rs. 2500/-(Rupees two thousand and five hundred).By the standard of 1961,the amount was quite substantial and the Celebration Committee desired to utilize the amount to initiate with it a project of permanent nature. Shri Pramesh Chandra Bhattacharjee, the then Principal, Karimganj College mooted the idea of establishment of a girls’ college at Karimganj with the objective of spreading women education in this backward region. His proposal was accepted by celebration Committee in its meeting held on April 24,1962 with the observation that the proposal deemed to be welcomed as it was completely in conformity with the social vision of poet Tagore. A Preparatory Committee was formed with following members and office bearers to facilitate an early commencement of the college.