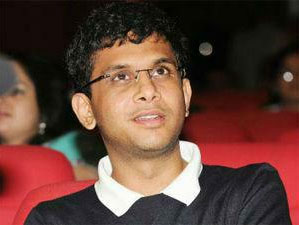 NEW DELHI: Rohan Narayan Murty, the man behind the ambitious Murty Classics of India, will be made a member of the Central Advisory Board of Education (CABE), the oldest and highest advisory body on education.

Murty’s name is among the host of scholars and policy planners being inducted into CABE. Murty, alumni of Cornell University and Harvard University and son of Infosys co-founder Narayan Murthy, conceived the idea of getting the classical texts of India published and made a generous contribution. Already, five volumes have come out with many more titles expected in the next few months.

Highly placed sources said CABE will be reconstituted soon. Others likely to make it to CABE are S A Bari, vice-chancellor of central university of Gujarat, Jawaharlal Kaul, vice-chancellor, Hemwati Nandan Bahuguna Garhwal Central University and few others.

However, the reconstitution of CABE could hit a small stumbling block and could possibly lead to controversy as few members appointed during the UPA regime have not resigned and would rather wait for the new government to take action. Notable among them is activist Teesta Setalvad who is in CABE for the second term. Ministry sources said, “We would like them to resign on their own. The new government should be given the freedom to constitute its own advisory body.” Sources also pointed out that unlike the Vajpayee regime when CABE was discontinued for six years, this time the government has decided to keep it going.

CABE was first established in 1920 and dissolved in 1923. CABE with representations from states and civil society has been responsible for initiating widespread discussion on landmark legislations like the right to education. Sources said CABE will take up discussion on the new education policy that promises to reach out to villages.