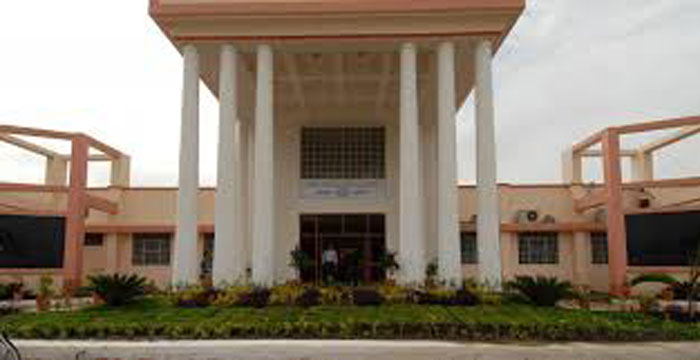 Union Minister Smriti Irani today said a special ‘centre for tourism hospitality’ will be constructed in the IIM campus here, in which students from across the country, interested in learning hospitality management can enroll themselves.
Keeping in view the hospitable nature of Rajasthan, this centre will be brought up in the Indian Institute of Management campus here, the Union HRD Minister said.
She was speaking at the inauguration ceremony of the first IIM campus, situated in Balicha in the city.

Through IIM, Rajasthan can become one of the leading states in education, she said.

Mentioning the ‘Unnat Bharat Abhiyan’ — an initiative of the HRD Ministry involving engagement of institutions such as IITs and IIMs with communities around them — Irani said, IIM Udaipur has also been directed to adopt villages near it for their upliftment.

The ‘Unnat Bharat Abhiyan’ involves engaging with communities around each institute and for their upliftment. Under the programme, each IIT will identify 10 villages in its neighbourhood and work out technologies to solve the most pressing issues of the region.

“A country’s soul lies in its villages. We are thinking upon including issues related to agro based industries in the syllabus,” she said.
Speaking on the occasion, Rajasthan Chief Minister Vasundhra Raje said, “Centres like IIM should should be set-up in different corners of Rajasthan for a bright future of the state’s youth”.

The Chief Minister said due to coming up of an IIM here, Rajasthan will now be included in the list of developed states.