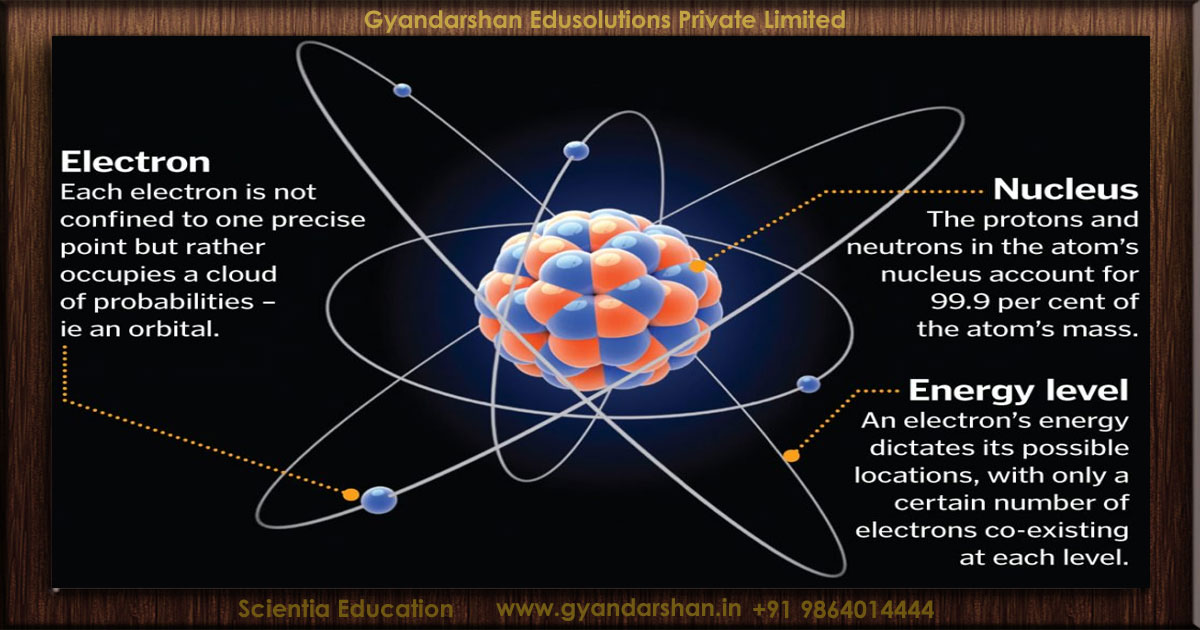 The atoms that make up the world around us seem solid, but are in fact over 99.99999 per cent empty space. An atom consists of a tiny, dense nucleus surrounded by a cloud of electrons, spread over a proportionately vast area. This is because as well as being particles, electrons act like waves. Electrons can only exist where the crests and troughs of these waves add up correctly. And instead of existing in one point, each electron’s location is spread over a range of probabilities – an orbital. They thus occupy a huge amount of space.