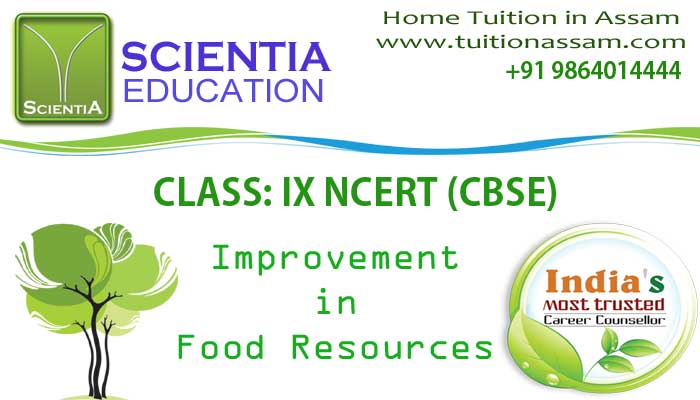  Kharif crops are grown in the rainy season, which is from June to October.

 Rabi crops are grown in the winter season from November to April. Desirable traits are incorporated into the plant by hybridisation.

 Genetic modification in plants produced plants that are able to survive in a drought and water logged conditions.

 Fertilizers supply nitrogen, phosphorus and potassium to the plants.

 Irrigation is the artificial supply of water to the soil by means such as wells, canals, rivers and tanks.

 Types of wells include dug well and tube well. When canal flow is insufficient due to inadequate reservoir release, river lift systems are used.

 Diseases in plants are caused by pests, bacteria, fungi and viruses and can be controlled by spraying pesticides, insecticides and fungicides. Exposure to chemical fumes kills pests, called fumigation.

 Animal husbandry is the farming and management of animal livestock including cattle, goat, sheep, poultry, and fish.

 Cross breeding in cows lead to a new breed with a long lactation period as well as a strong resistance to diseases. Poultry farmingis the practice of raising poultry.

 Beehives are enclosed structures in which honey bees live and raise their young. Varieties of honey-bees are Apis cerana indica, Apis dorsata and Apis florae.