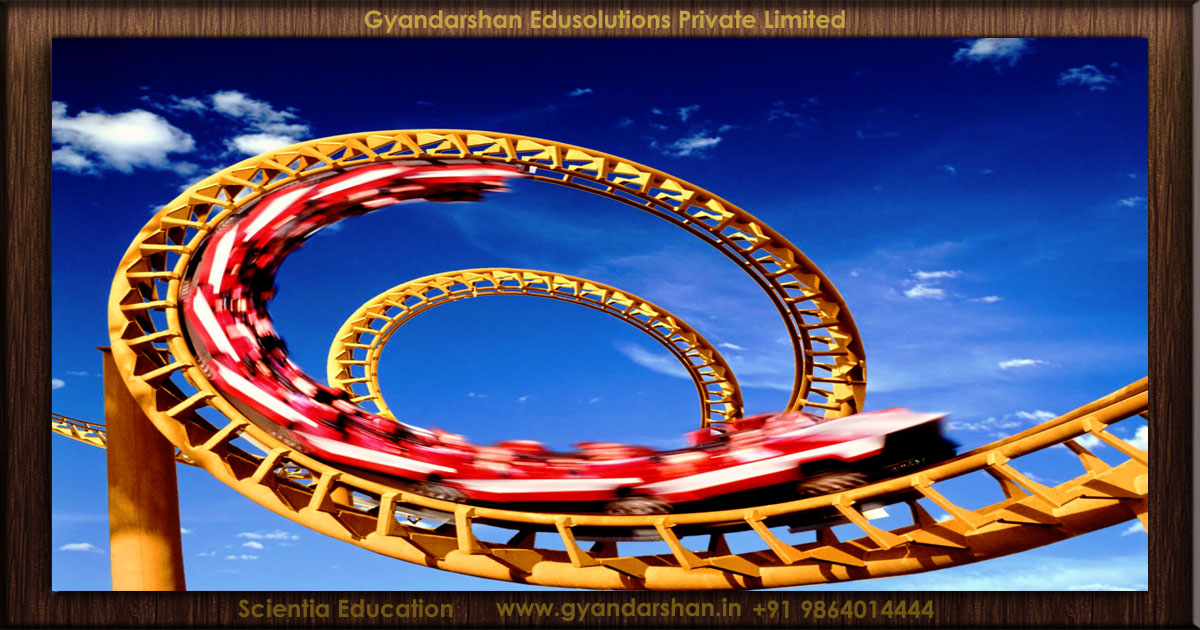 When you’re hurtling down the steel track of a roller coaster, it might seem that your stomach is climbing into your throat, and your eyes are squishing deep into your skull.

Several forces are at play when you feel that way. Earth is constantly pulling down on every one of us. It has a great deal of mass, and that gives it a large gravitational field. And when we take a sharp turn on a fast ride, blast off in a rocket, or slam on the brakes, we’re thrown around by forces far stronger than Earth’s gravity. But why?

Engineers rate those experiences with numbers called g- forces, to explain how strong they are. One g is the amount of force that Earth’s gravitational field exerts on your body when you are standing still on the ground. Every particle that makes up our planet is tugging on you simultaneously. Each one of those pulls is quite weak, but combined they are strong enough to keep your feet on the ground. Five g acceleration, something that race car drivers regularly experience, is five times as intense.

Any time that an object changes its velocity faster than gravity can change it, the forces will be greater than one g. At zero g, you would feel weightless. And past 100g, you’re almost certainly dead. Forces that intense can crush bones and squash organs.

Gravity is not the only source of g-forces. They take hold whenever a vehicle, like a car or a plane, suddenly changes its velocity. Speed up, slow down, or make a turn, and your velocity will change. The faster it happens, the more force you will experience.