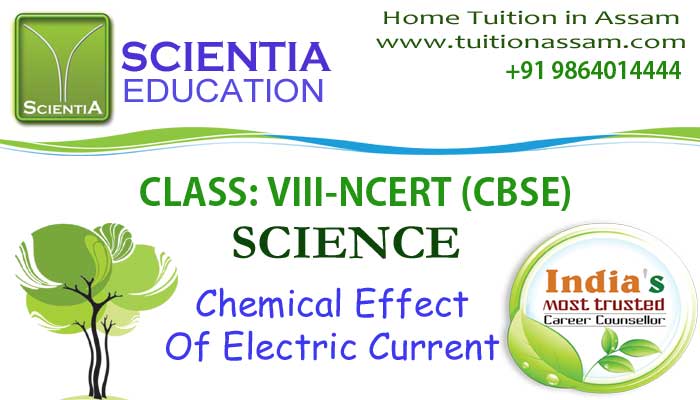 We can use a tester to check if electricity is flowing through a wire in a circuit. If the bulb in the tester glows, it indicates that current is flowing through the wire; else, current does not exist. Electrical conductivity of liquids can be explained by a simple activity of taking a liquid, like lemon juice, in a container, inserting electrodes in it, connecting the two electrodes to the terminals of a battery with a bulb between them. The bulb glows, indicating that lemon juice is a conductor of electricity. Several liquids can be checked for electrical conductivity on in the same way.

The most common application of the chemical effect of electric current is electroplating. In this process, there exists a liquid, usually called the electrolyte, through which current passes. Two electrodes, connected to the terminals of a battery with a switch in between, are inserted in the liquid.

To compensate for the loss of ions in the solution, the atoms of the anode dissociate into the solution, forming the ions. The process of electroplating is used for plating parts of vehicles with nickel and chromium, which protects them from corrosion.