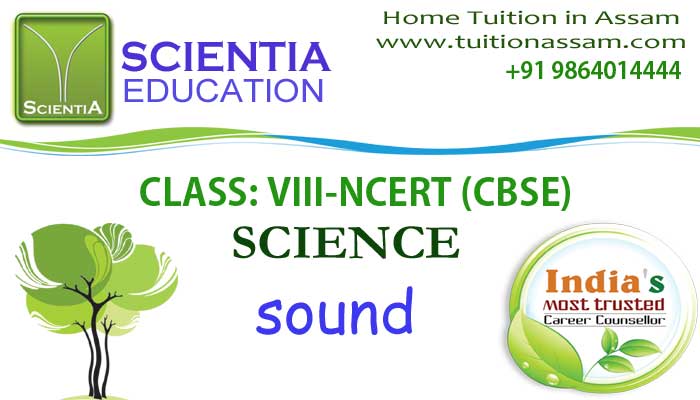 Production and Propagation of sound

Sound is a form of energy that causes the sensation of hearing. Sound needs a medium to travel. Sound travels through gases, liquids and solids. The speed of sound is the maximum in solids, less in liquids and the least in gases. Sound cannot travel through vacuum.

In humans, sound is produced by the voice box or the Larynx. Vocal cords in the larynx vibrate and produce sound. We hear sound with our ears. The ear drum has a vibrating membrane like a stretched rubber sheet. When a sound note reaches the ear, the ear drum vibrates, and thevibrations get converted into signals that are carried to the brain to get a sensation of hearing.

The tabla, cymbals, ghatam, kartal and manjira are some instruments that work on the vibration of a membrane, and instruments like the flute and the trumpet produce sound due to thevibration of an air column present in them.

Sound is a form of energy produced by a vibrating body. Sound requires a medium for its propagation. Sound does not propagate in vacuum. Sound is produced due to the vibration of an object.

Sound produced by any means has the following characteristics, namely, loudness, pitch or shrillness,and quality or timbre.

The pitch of a woman’s voice is more and it is shrillerthen a man’s voice. The loudness of sound is measured in Decibel (db). If loudness exceeds 80 db, then the sound becomes physically painful.

Any intolerable and irritating sound is called noise. The word noise comes from the Latin word nausea, meaning seasickness.

Music refers to any sound that is pleasant to the ear. Sound produced by musical instruments is pleasing to the ear. But if the intensity of the sound exceeds a certain limit, then it becomes intolerable and is noise.
Undesirable sounds and disturbances cause noise pollution.

Continuous exposure to loud noise may cause temporary or even permanent hearing impairment.
Sign language is used by the hearing disabled to communicate.