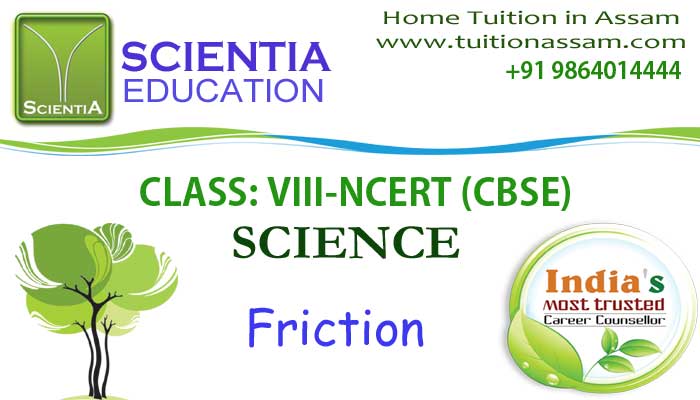 Friction and its Types

Friction is anecessary evil. There are instances in daily life where friction is a necessity. For example, without friction, we cannot hold objects in our hands; we cannot walk and cannot light a match stick. Examples where friction has to be minimised and not desirable is the friction between machinery parts, which causes wear and tear.

Friction is a necessary evil. Without friction, we cannot walk, hold articles, the brakes of automobiles do not work, and the power of a motor cannot be transferred to a grinding machine.

When an object moves through a fluid, the friction offered is called fluid friction. It is also called drag. Fluid friction depends on the shape of the object and the nature of the fluid. Aeroplanes, boats, fishes and birds which move through fluids have bodies of special shape so as to reduce the friction due to fluid.