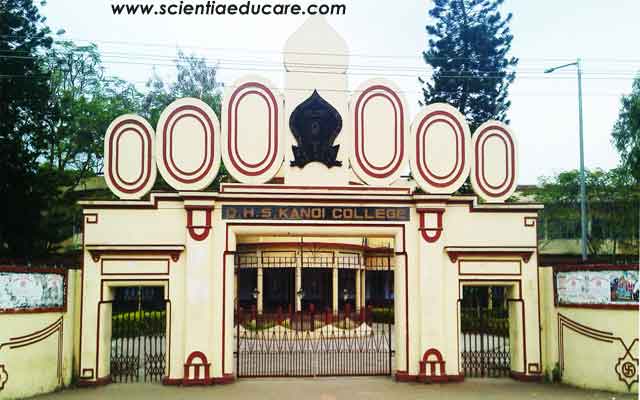 Dibrugarh Hanumanbax Surajmall Kanoi College is an Indian college. It was established on 15 June 1945 in Dibrugarh, Assam.

The DHSK College, originally named the Dibrugarh College way back in 15th June, 1945, later on came to be renamed after its donors as Dibrugarh Hanumanbax Surajmall Kanoi College in 1957. It is a pleasure to remember even today that Dr. Sarvapalli Radhakrishnan, the then Vice-President of India came all the way from Delhi to inaugurate the College. It is interesting to know that the donors of Kanoi College and Dr. LP Dutta, the then Vice-Principal of this Institution of higher Education had a major hand in establishment of Dibrugarh University in 1965. The nucleus of the two nearby Colleges namely DHSK Commerce College and MDK Girls’ College had also their origin in this College itself