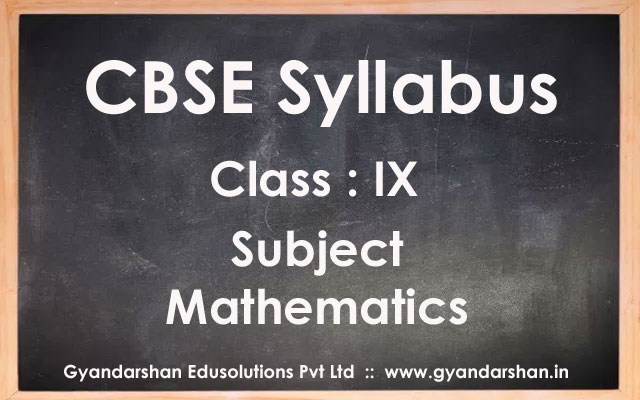 Recall of algebraic expressions and identities. Verification of identities:

Recall of linear equations in one variable. Introduction to the equation in two variables.

The Cartesian plane, coordinates of a point, names and terms associated with the coordinate plane, notations, plotting points in the plane.

History – Geometry in India and Euclid’s geometry. Euclid’s method of formalizing observed phenomenon into rigorous mathematics with definitions, common/obvious notions, axioms/postulates and theorems. The five postulates of Euclid. Equivalent versions of the fifth postulate. Showing the relationship between axiom and theorem, for example:

Review concept of area, recall area of a rectangle.

Area of a triangle using Heron’s formula (without proof) and its application in finding the area of a quadrilateral.

Focus is on empirical probability. (A large amount of time to be devoted to group and to individual activities to motivate the concept; the experiments to be drawn from real – life situations, and from examples used in the chapter on statistics).