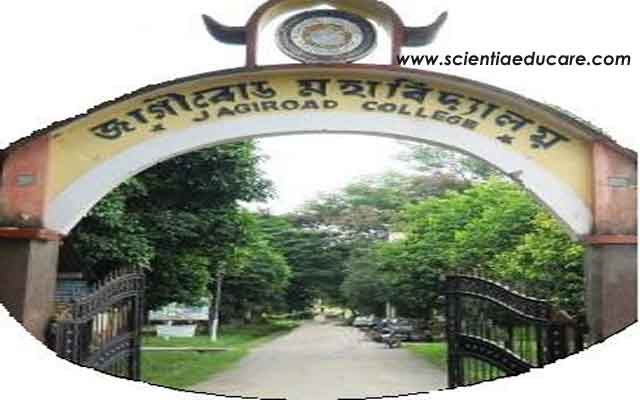 Jagiroad College (the erstwhile Kapili Anchalik Mahavidyalaya) was established on 8th August, 1979. The College is located at Jagiroad, a gradually developing semi-urban conglomeration of Morigaon district of Assam, at a distance of barely one hundred meters from the National Highway 37. The serene campus, spread over a spacious area of twenty-five bighas of land, is nestled by the picturesque Sonaikuchi Hill. Culturally it lies very close to Na-Khola—the abode of the Prince Regent of the ancient Kingdom of the Tiwas –one of the tribes of the state endowed with its distinctive indigenous life-world. Jagiroad College was established by a group of foresighted and committed social-workers of the region.

Shri Mahendra Ahom, the founder Principal and presently the President of the College Governing Body played a pivotal role for seventeen years in the development of the College through his enthusiasm, vigorous spirit and generous approach. The College was able to attract students from the surrounding rural hinterlands who were mostly “first generation” learners and belonged to socio-economically disadvantaged and marginalized communities primarily because of his dynamic leadership.