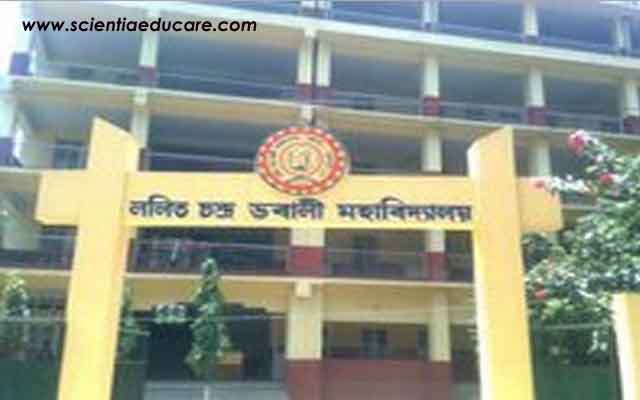 Lalit Chandra Bharali College at Maligaon, Guwahati, was established in 1971 due to the efforts of the local people and the generosity of a donor. Co-operation of Railway employees at the Northeast Frontier Railway Headquarters also played a role in the establishment of the College. The College has been named after the donor’s husband. The College is located at the eastern boundary of the N.F. Railway headquarters at the western part of the capital city of Guwahati. The location is peaceful and serene, with the backdrop of Nilachal and Adimgiri Hills. The College is co-educational, with its degree courses affiliated to Gauhati University. Its academic activities follow the annual system as prevalent under the affiliating university. The College is registered by UGC under sections 2f and 12B of the UGC Act since June, 1994.

The aims of the College are, apart from imparting higher education to the local youth, promoting national integration and secularism, creating social awareness among its students and nurturing art and culture. The College tries to lay emphasis on non-traditional areas of study in both teaching and research. The emblem of the College bears the prayer ‘Tamaso Ma Jyotirgamaya’ – Lead us unto light from darkness.

The Arts Faculty of the College consists of four language departments and six other humanities departments including a newly established department of Folklore. The Science Faculty has eight subjects including Computer Science, Electronics, Environmental Science and Environment and Water Management. The College offers Certificate and Diploma Courses on Computer Applications. The College runs the Higher Secondary course as well, under the Higher Secondary Council of Assam.